A Snowy Christmas
by Lupe Gore

"It was early 2013, and inside the shelter was a very scared white cat who was only one year old. He felt so abandoned and was so fearful, that he was pulling the fur out of his tail, yet he was very loving whenever humans paid attention to him. Feral Paws Rescue stepped in and saved him from certain death, as he wouldn’t be deemed adoptable with his self-destruction. Because of his beautiful white coat, we named him Snowy. He was taken to..."
READ MORE:  Click Here 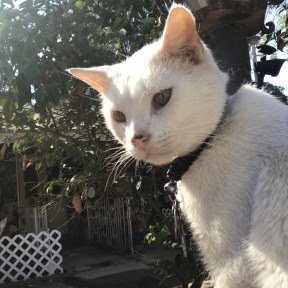 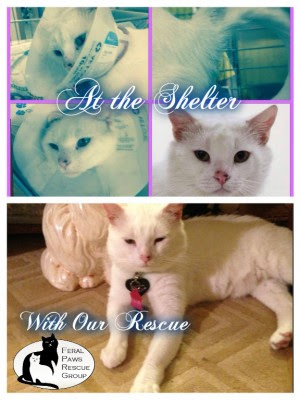 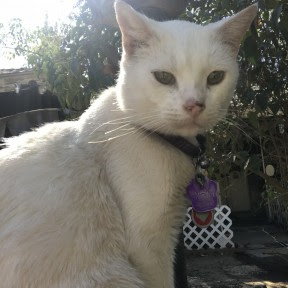 Posted by Feral Paws Rescue Group at 12:38 PM No comments:

December Cat of the Month: Stormy 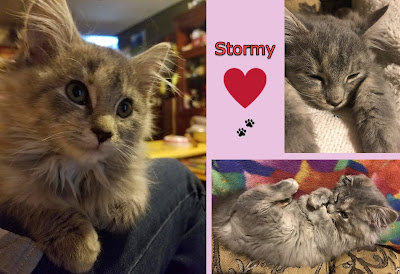 She is 12 weeks old
rescued from local shelter
and she loves everybody!
Also, this sweet girl is litter box trained.

Do you have room in your heart
for this bundle of joy?

If you've fallen in love with Stormy
CONTACT US

Stormy has been adopted!!!!
Best wishes to Stormy and her new family

Posted by Feral Paws Rescue Group at 2:50 PM No comments:

Learn About Our Journey...

Writing News For You